The Okavango is a unique ecosystem of papyrus-lined waterways, knee-deep floodplains, water-lily lagoons, shady forest glades and rich savannah grasslands. All this fecundity lies in the middle of the largest continuous stretch of sand in the world - the Kalahari Desert Basin. Seen from space as an emerald swirl surrounded by a parched landscape, the Okavango Delta is an incredible source of life in a country that is 80% arid.

Rather than a delta, it is in fact an alluvial fan of sediment and debris, which filled a trough formed by the sinking of the earth’s crust, between a series of parallel faults across the Okavango River.

The fan (or delta as it is more commonly called), resembles the shape of a hand. The palm is a permanent delta of constant water, and the fingertips are seasonally flooded swamps and lush floodplains. The water of the Okavango literally floats on a saturated sea of sand.

The Delta is fed by the Okavango River originating over 800 miles (1,280 km) away in the highlands of Angola. The Angolan highlands have an average rainfall of between 1,200 and 2,000mm per year, compared to around 400-600mm in the Okavango. The delta therefore fluctuates in size depending on local rains and the Angolan floodwaters. The spill over from the rising river starts pushing gently into the Okavango in January and reaches a peak at the top of the Okavango in about May. By June or July each year (depending where you are within the Okavango), the water levels are at their maximum.

The Okavango region contains the state-run Moremi Game Reserve surrounded by a number of strictly controlled, privately managed wildlife concessions. The game viewing in all of these areas is no less than outstanding and activities can either be undertaken on foot, in a game-viewing vehicle or in a mokoro (dug-out canoe) or motorised boat. Such varied opportunities in a beautiful and diverse range of habitats, makes the Okavango the best all-encompassing safari destination in the world.

MOREMI GAME RESERVE
Moremi falls within the tribal land of the Batswana and is named after the late Chief Moremi III. It was clear to his wife, who reigned after his death, that the game in their traditional hunting grounds was fast disappearing. With encouragement from conservationists, Mrs Moremi proclaimed the Moremi Game Reserve in March 1963 and the tribe agreed to vacate the land.

Chief’s Island is the largest landmass within Moremi and was the Batswana tribe’s richest hunting grounds with a vast array of animals. The dry sandy interior of this 100,000 hectare (1,000 square kilometer) island is full of mopane woodland and acacia thornscrub interspersed with clay pans.
Leopard male resting. Pic: Norman Goldberg
These pans fill with rain and attract large herds of buffalo who seem to prefer drinking from the pans rather than the river. They also like the sparse but sweet grasses found here, as opposed to the long but courser fodder of the floodplains. As the mopane bush gives way to floodplains and riverine forests, other animals become abundantly visible and the whole spectrum of Africa’s game can be seen.

Today, Moremi rates as one of the leading wildlife areas of the world. The mosaic of grasslands, floodplains, palm-tree islets, forests, lily lagoons and winding water channels combine to form a perfectly constructed puzzle, in which animals wander as they please.

PRIVATE RESERVES OF THE OKAVANGO
Chitabe in the south of the delta has classic Okavango scenery of rivers, waterways and marshlands with season flood plains contrasting with dry acacia woodland and open grasslands. Safari activities are more land than water based and provide exceptional opportunities for photography. Wild Dog sightings are the special treat of this area.

The Duba Plains in the furthermost reaches of the delta are famous for high concentration of lions. They are sleek fit and well fed from the huge herds of buffalo that graze these seasonal flood plains. Floodwaters provide the opportunity for mokoro (dugout canoe) trips from May to September, which is the most romantic way to experience a safari.

The Jao Reserve in the western delta is a water wonderland where you float through a fairytale of water lily lagoons. It is here that you will find the rarely seen sitatunga – an aquatic antelope that may submerge under water if disturbed. There is a variety of terrain and almost all the big game is here plus a bewildering selection of birds.

In the Vumbura Concession you will undoubtedly see what appears to be giant salamis hanging from trees. The ‘sausage tree’ epitomises this area which contains both wetland and savannah. As such the range of animals and birds is extensive with considerable numbers of elegant chocolate-coloured sable antelope with majestic sweeping horns.

The Pom Pom private concession is in the central reaches of the Okavango Delta and will warm the heart of the safari traditionalist. Here you can indulge in every kind of safari including fishing and nature walks with spectacular bird and animal watching.

ANIMALS & BIRDS
The lure of the Okavango and its extraordinary range of habitats provide the perfect environment for African animals to thrive and people to watch them. Great herd of antelopes, zebra, buffalo and elephants roam the pastures, and lions, leopards, cheetahs and all the other carnivores prosper. As Moremi Game Reserve contains large areas of constant water, game viewing during the dry season is particularly good as animals are drawn to the permanent water sources.

There are no fences between Moremi and the private reserves so the entire Okavango merges into a unified animal kingdom of grand proportions.
Elephant-back safari. Pic: David Anderson

Each area has its own particular habitats, resident herds and familiar predators, and night drives in the private reserves, (also soon to be permitted in Moremi), often reveal secretive animals like porcupine, pangolin, aardwolf and genet.

SEASONS
Wet Season: November to March is the hot rainy season and the roads can be quite bad. The advantage of this time of year is that most of the animals give birth, providing a wonderful game watching experience. The landscape is lush and green and there is an abundance of wild flowers.

Dry season: April to October is the dry season and the drier it becomes the easier it is to spot animals close to permanent water holes. At this time much of the Okavango dries out, apart from permanent rivers in Moremi Game Reserve and the northern reaches of the Okavango. The heat starts to build in earnest from October onwards.

FACTS
Moremi Game Reserve was first established in 1963 but during the 1970’s it was enlarged to include most of Chief’s Island. In 1991 another area was added bringing the total area to 1,880 sq. miles (4,871 sq. km).
The only free-roaming rhino in Botswana are those recently introduced in the Mombo area of Chief’s Island.
Moremi Game Reserve covers one third of the entire Okavango Delta
This is a malarial area.

END_OF_DOCUMENT_TOKEN_TO_BE_REPLACED 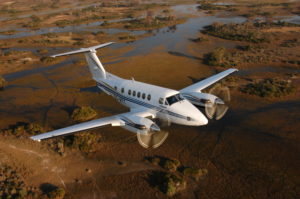 The Okavango is a unique ecosystem of papyrus-lined waterways, knee-deep floodplains,…