When agriculture began encroaching on wildlife habitat in the south-eastern corner of Zimbabwe in the 1960's , the government decided to set aside a large chunk of land which would also act as an anti-poaching control corridor between neighboring Mozambique.

This became Gona-re-zhou National Park – a scenic region of baobab trees, scrublands and golden sandstone cliffs. At dawn and dusk the rocks are bathed in coloured light and the baobabs are silhouetted into eerie shapes. The baobab is also known as the ‘upside-down’ tree, as it seems to have its head in the sand and its roots in the air. Legend goes that this is the price the baobab paid for offending the gods.

Gona-re-zhou borders Mozambique’s wildlife reserves and South Africa’s Kruger National Park and in a ground breaking trans-frontier agreement, implemented in 2002, the fences have come down between all the reserves allowing animals to move freely between the three countries.

ANIMALS AND BIRDS
In the Shona language, Gona-re-zhou means “place of elephants” and in 1967 – the same year the park was created – an elephant was killed on its perimeter with tusks weighing 166 pounds and 129 pounds (62kg and 48kg). He was the offspring of another equally fated elephant named ‘Dhlulamithi’ (taller than trees), whom the infamous poacher, Stephanus Barnard, shot in the 1920’s and whose tusks weighed over 296 pounds (110kg).

Poaching in this area was brought under control but with the recent social and political troubles in Zimbabwe, there is fear for the animals once again. Elephants are understandably shyer here than anywhere else in the country and need to be treated with caution.

The Save, Runde and Mwenezi Rivers meander through the hot, semi-arid lowveld and supports rare suni and nyala antelope and striped king cheetah.

Bird life is rampant especially during the wet season when thousands of migrating birds arrive for a feeding frenzy.

Baboons are frequently seen on the paths leading to the falls and small antelopes and warthogs inhabit the rainforests that hug the edge of the falls. In the wildlife reserve, the pastures and tall riverine forests contain plenty of birds and a scattering of animals including some white rhino, elephants, giraffe, zebra, sable, eland, buffalo and impala.

SEASONS
The park is usually only open during the dry season from 1st May to 31st October.
Dry Season: The cool dry season is from the end of April to August. This six month period of almost completely dry, sunny weather gives average temperatures in the mid 70’s°F to the low 80’s°F (23-28°C). By late June the leaves begin to fall from the trees and the tall grasses have been trampled by game, making it prime game-viewing time. The hot dry spell is from September to early November and game viewing is at its peak especially in the cool of early morning and early evening. Midday temperatures are a sizzling 90°F+ (34°C+), but humidity is low.
Rainy Season: From November to March it rains about one out of every five days. The sun emerges after every thunderstorm and humidity and heat are high. The greenery is lush and wild flowers emerge in profusion. Thousands of migratory birds arrive to take advantage of the abundant food supply, and nature puts on her fullest displays. Temperatures rise to and exceed 104°F (40°C).

END_OF_DOCUMENT_TOKEN_TO_BE_REPLACED 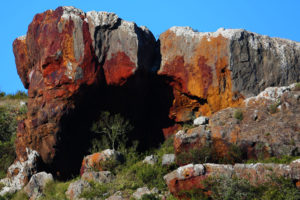